This vegan brownie tart is going to become your go-to healthy dessert of the year.

When it comes to desserts I want to go all in. Think the most decadent Oreo Cupcakes, the best (and easiest!) lemon cake and the most delicious and buttery frappuccino buttercreams. I mean if we are going to be eating sweets, might as well eat them well right? Well, that’s what I thought until I discovered that vegan treats can be just as delicious as their traditional counterparts. The way that I discovered? Thanks to this vegan brownie tart. 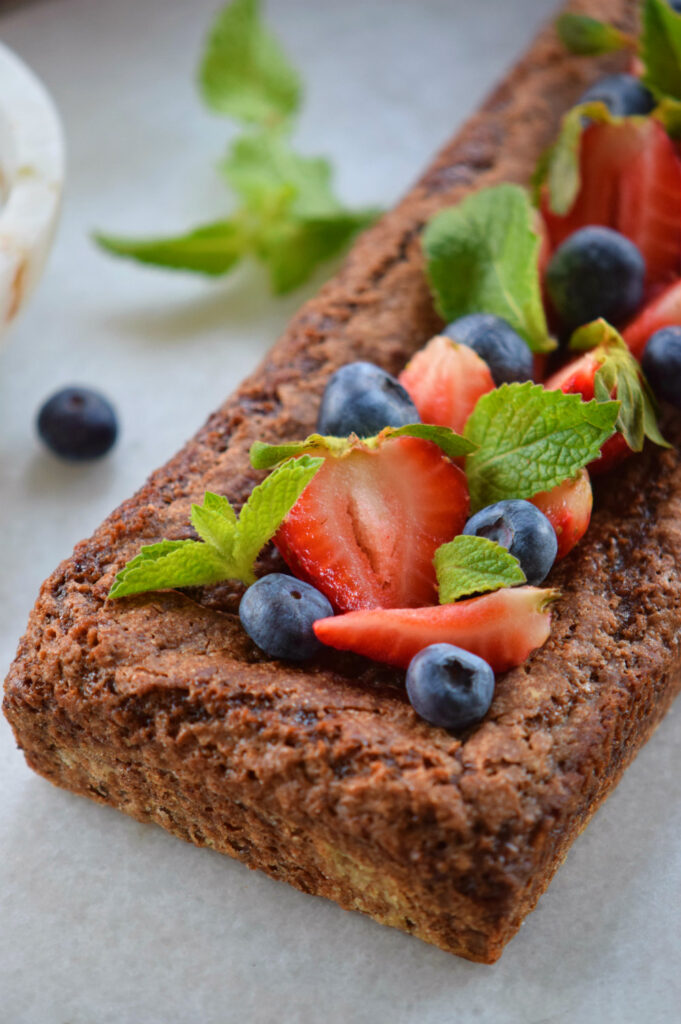 Yes, I’m telling you this vegan brownie completely switched my perspective when it comes to desserts. Say what? Are you trying to tell me that you can have a dessert that tastes super decadent and indulgent but without all the guilt that comes with it? Please count me in! This vegan brownie is exactly like that. It’s full of chocolate flavor, it’s mind blowing fudgy and oh so decadent but it’s vegan. As in free of butter and eggs and milk.

And trust me this vegan brownie IT’S SO FUDGY!! Like totally, over the top incredible melt in your mouth fudgy.

But the fudginess has a little trick behind it. Yes, my friend, this is the secret to making the best vegan brownies every single time The secret to making the  best vegan brownies

We make a paste, with water and flour and cook it on the stovetop until thick. Ten we mix that with the rest of the ingredients and pop in the oven. Works like magic every single time.

But listen to me, you need to follow that step. Sadly, there are no shortcuts that work. That’s the secret magic sauce that changes everything. Once it pops out of the oven let it cool completely before taking out of the pan. You want the sugar to harden a bit before attempting to cut it out because the fudginess is so big if you do it too fast the vegan brownie will be a complete mess (a delicious mess but still a mess if that makes sense).

To keep it fresh and delicious I love to top these vegan brownies with fresh berries and slice it into big squares.

If you are feeling extra indulgent it’s also delicious with a bit of coconut whipped cream on top. The only thing I want you to take out of this post? Vegan brownies are even more delicious than the traditional ones. There I said it.

Save Print
The BEST Vegan Brownie Ever!
Author: Ana
This vegan brownie recipe is going to become your go to! Super decadent and full of chocolate vegan brownies that are really easy to make.
Ingredients
Instructions
3.5.3226

Looking for other vegan desserts?